Stomach cancer is an abnormal growth of cells that begins in the abdomen. Stomach cancer, also known as gastric cancer, can affect any part of the stomach. Gastric cancer is more likely to affect the area where the long tube (the esophagus) that carries the food you swallow meets the stomach. This area is called the gastroesophageal junction. This type of cancer is difficult to diagnose because most people typically don’t show symptoms in the earlier stages. Stomach cancer is relatively rare compared to other types of cancer, the biggest danger of this disease is the difficulty of diagnosing it. There are 2 main types of stomach adenocarcinomas:

The exact cause for stomach cancer is still unknown but few things that can raise the risk for the disease. One of the major risk factors is – H. pylori bacterial infections (a common stomach infection that can sometimes lead to ulcers).

Other things that play a role in raising the risk include: 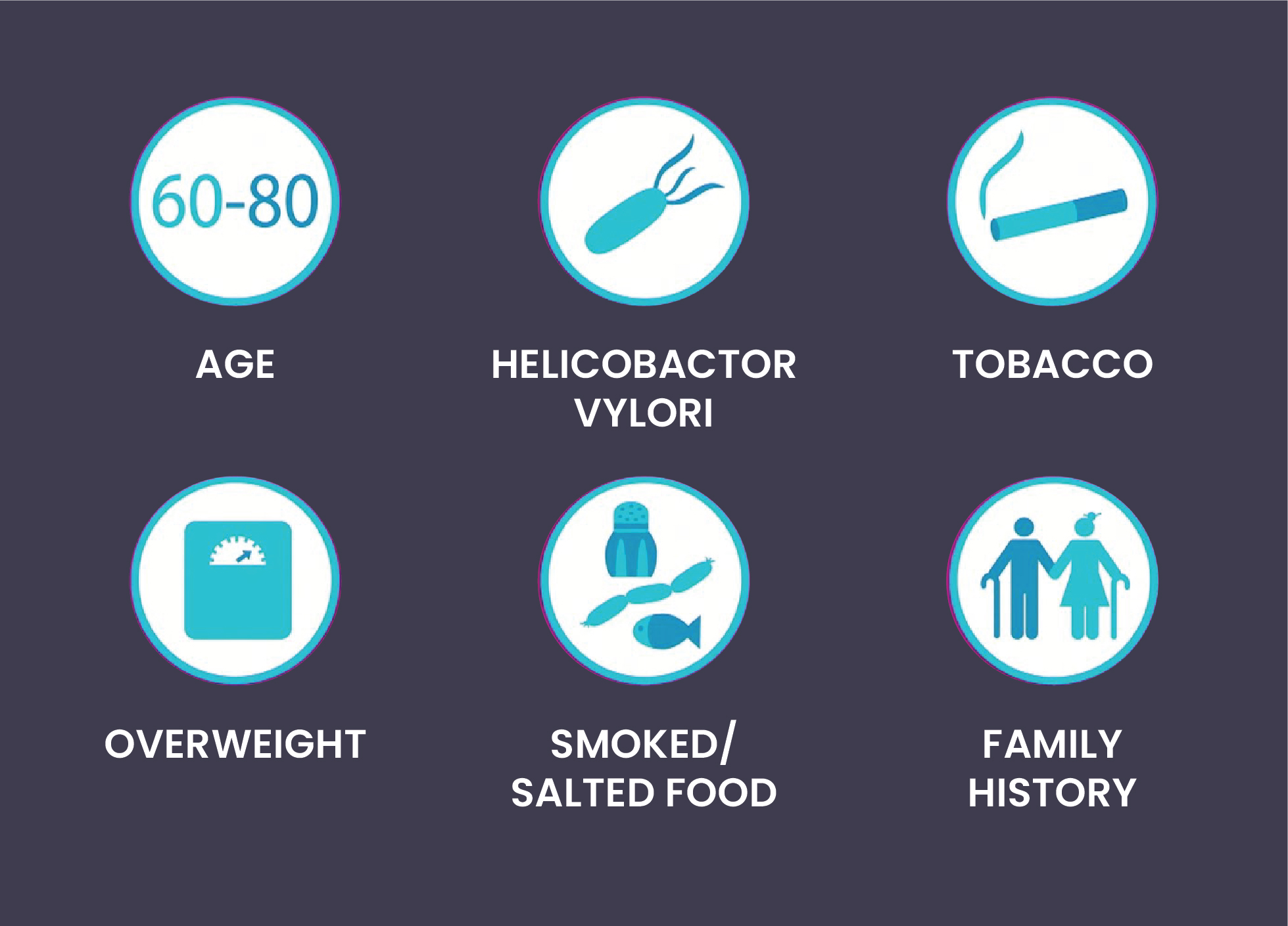 Sometimes cancer can grow in the stomach for a long time before it causes symptoms. Signs and symptoms of stomach cancer may include: 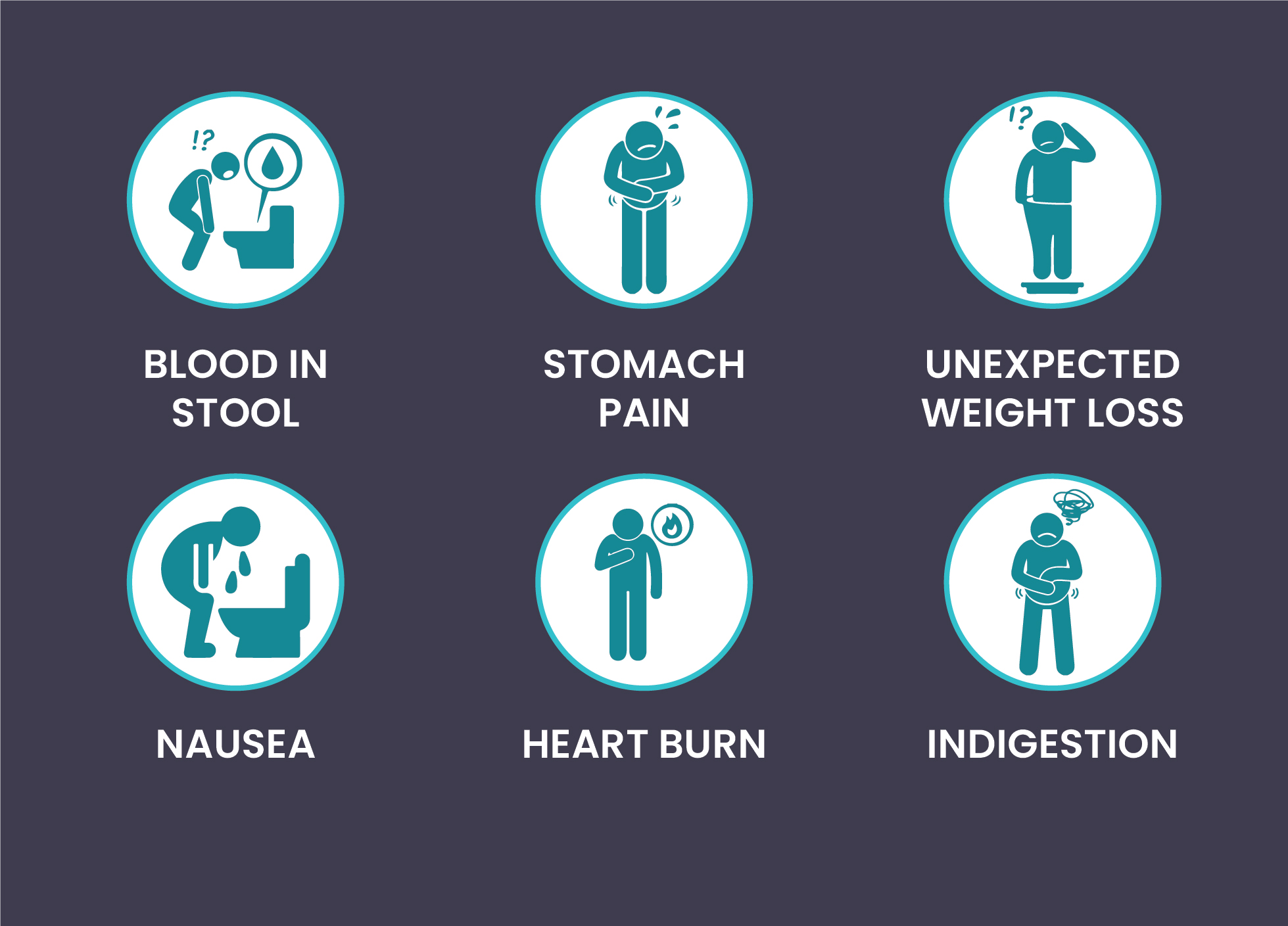 Cancer in the stomach is detected by an assessment from the doctor and undergoing tests or procedures that will guide doctors in stomach cancer diagnosis and staging. To make a diagnosis, your doctor will first perform an exam to test for any abnormalities. These tests consist of:

The decision of treatment for patients with stomach cancer relies upon a few elements including their age, general condition of wellbeing, and their capacity to withstand the treatment. The level of cancer spread is another critical factor. The distinctive types of treatment that might be managed incorporate the accompanying:

After treatment follow-up visits every 3 to 6 months for the first few years, then less often after that. These visits usually include a physical exam and review of any symptoms you're having.